On December 1, 2021, Museum of the Moving Image honored the legendary Rita Moreno at its annual Moving Image Award gala. Moreno was celebrated by friends and collaborators with a special program in the grand Redstone Theater, preceded by a cocktail reception and followed by dessert in the Hearst Lobby.

Funds raised from the Moving Image Awards support the Museum’s mission to explore all facets of film, television, and digital media, including support for education programs, which serve more than 70,000 students each year.

Rita Moreno has won all four of the most prestigious awards in show business: an Oscar, a Tony, two Emmys, and a Grammy. Her countless credits span more than seven decades, beginning with her Broadway debut at age 13. Moreno has starred on Broadway and London's West End, appeared in more than 40 feature films, and countless television shows, and has performed in numerous regional theaters including her one-woman show, Life Without Makeup. Moreno is also the recipient of the Peabody Career Achievement Award and the Kennedy Center Honor for her lifetime contributions to American culture; and she was also honored by her peers as the 50th recipient of the Screen Actors Guild Life Achievement Award.

Most recently, Moreno co-starred in the critically acclaimed Latinx reimagining of Norman Lear’s classic sitcom One Day at a Time. Her documentary Rita Moreno: Just a Girl Who Decided to Go for It for American Masters Pictures had its world premiere at the Sundance Film Festival earlier this year, was released theatrically in over 220 theaters, and broadcast nationwide on PBS and is currently streaming on Netflix.

Moreno co-stars and is an executive producer of Steven Spielberg’s قصة الجانب الغربى, which opens in theaters December 10. She also stars in the upcoming feature film The Prank, due to be released in 2022. 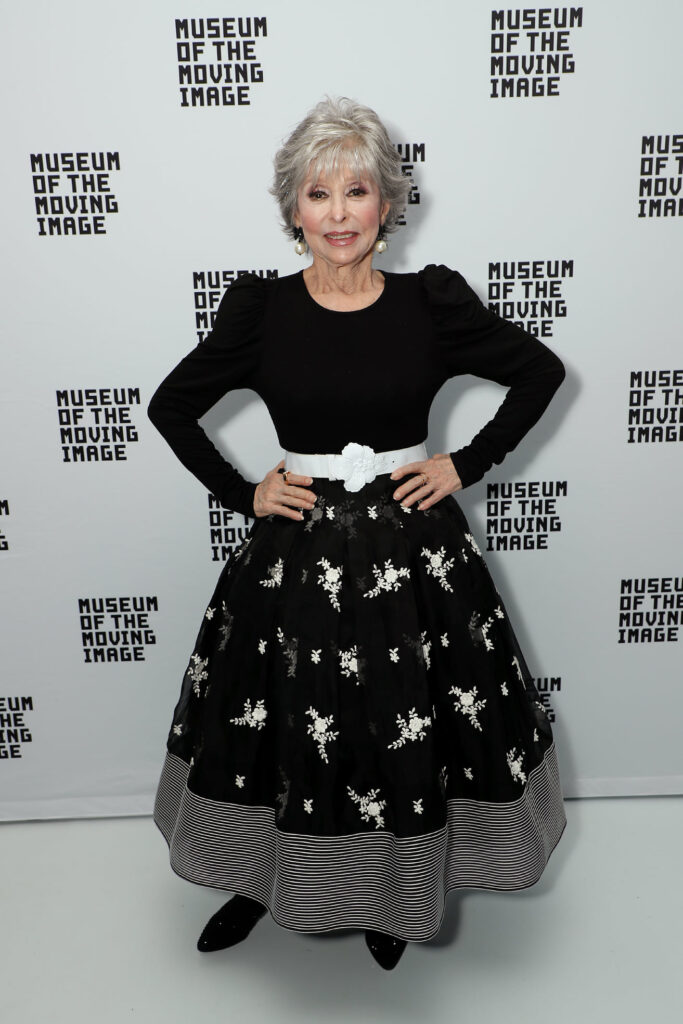 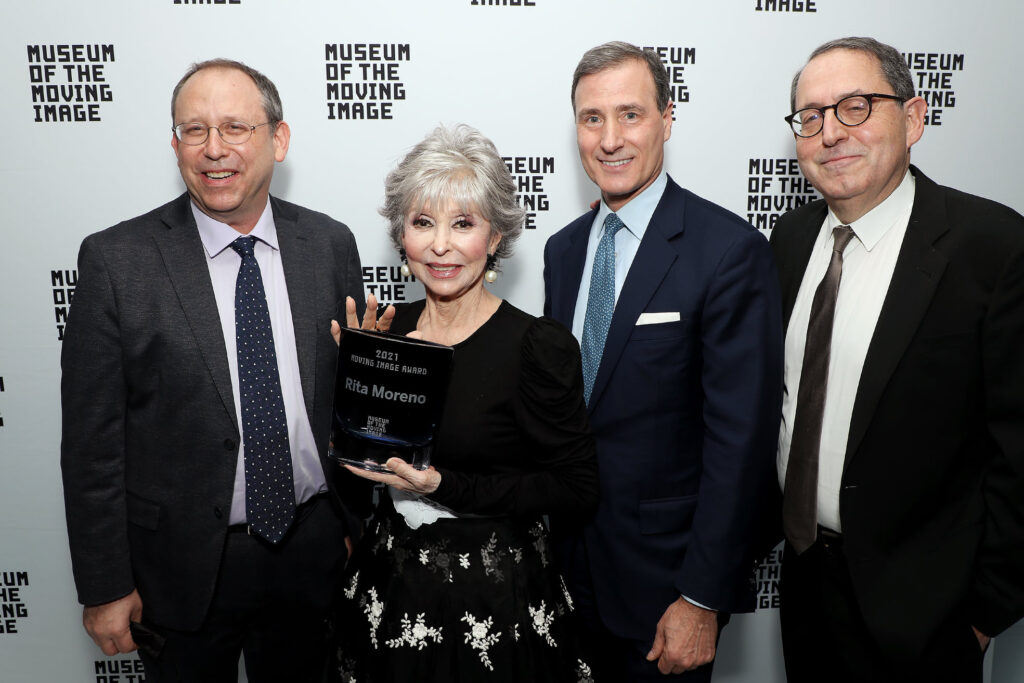 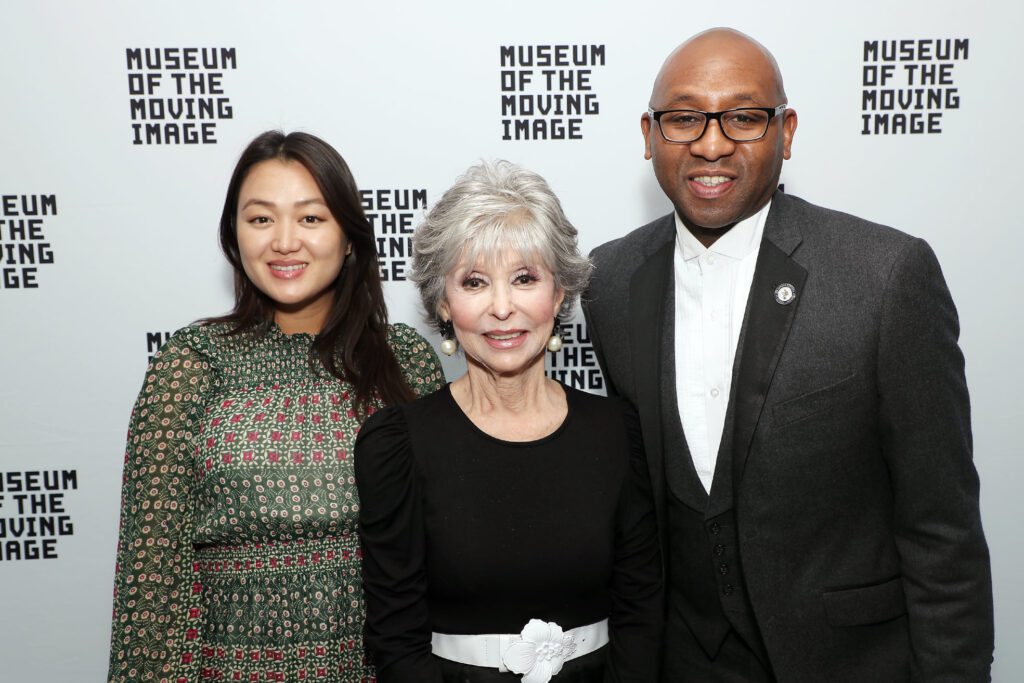 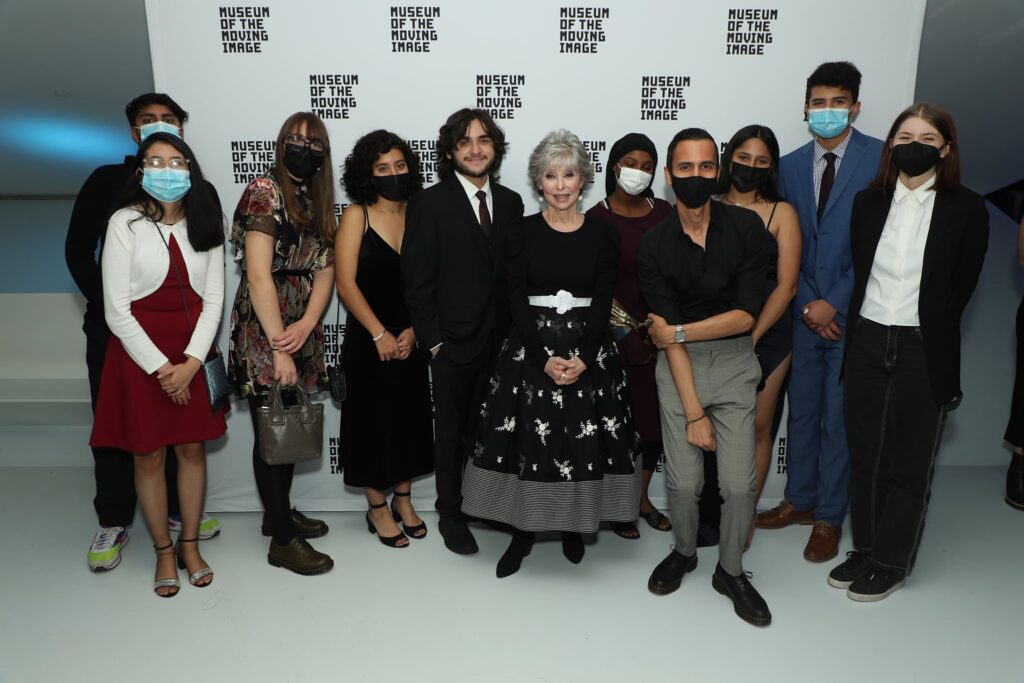 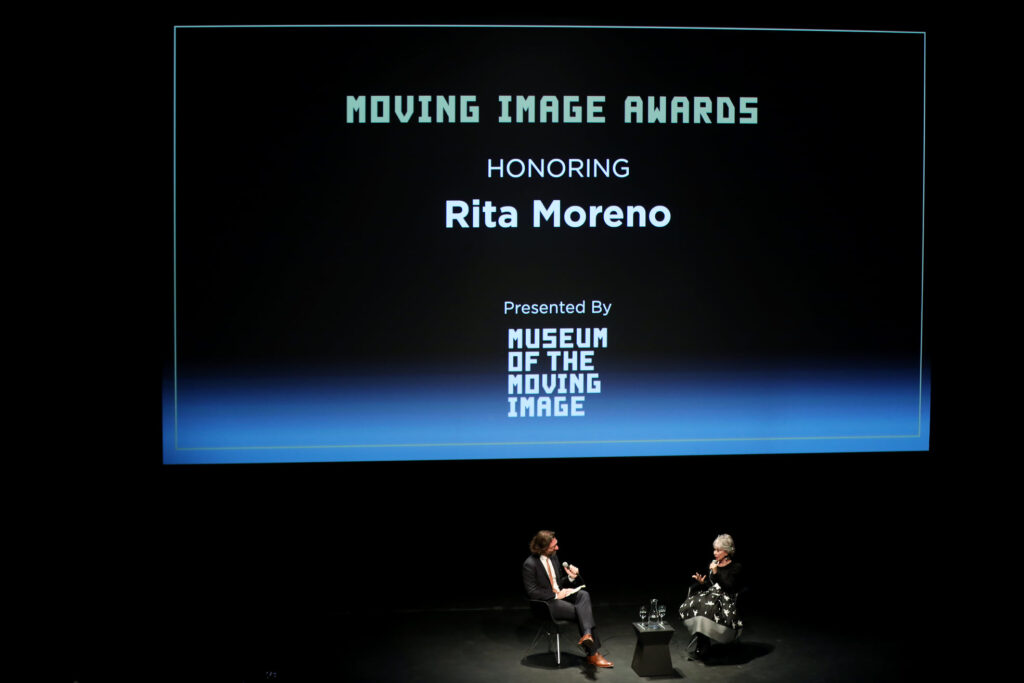 Pictured: In the Redstone Theater, Curator of Film Eric Hynes and Rita Moreno. PHOTO by Marion Curtis / StarPix for MoMI 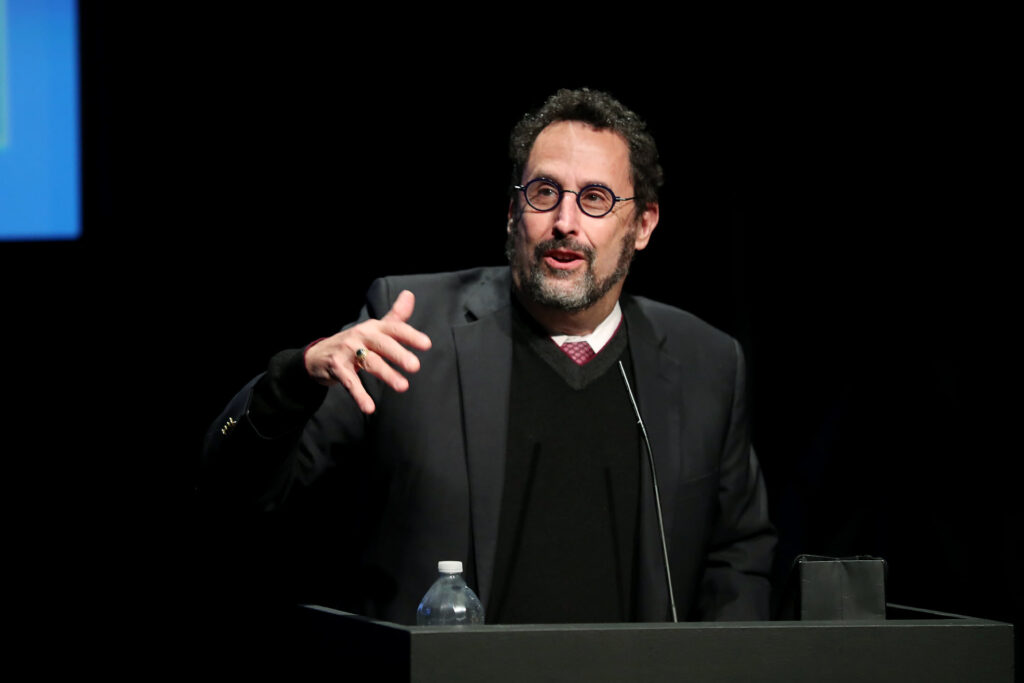 Pictured: In the Redstone Theater, Tony Kushner (playwright and screenwriter of Steven Spielberg's West Side Story). PHOTO by Marion Curtis / StarPix for MoMI 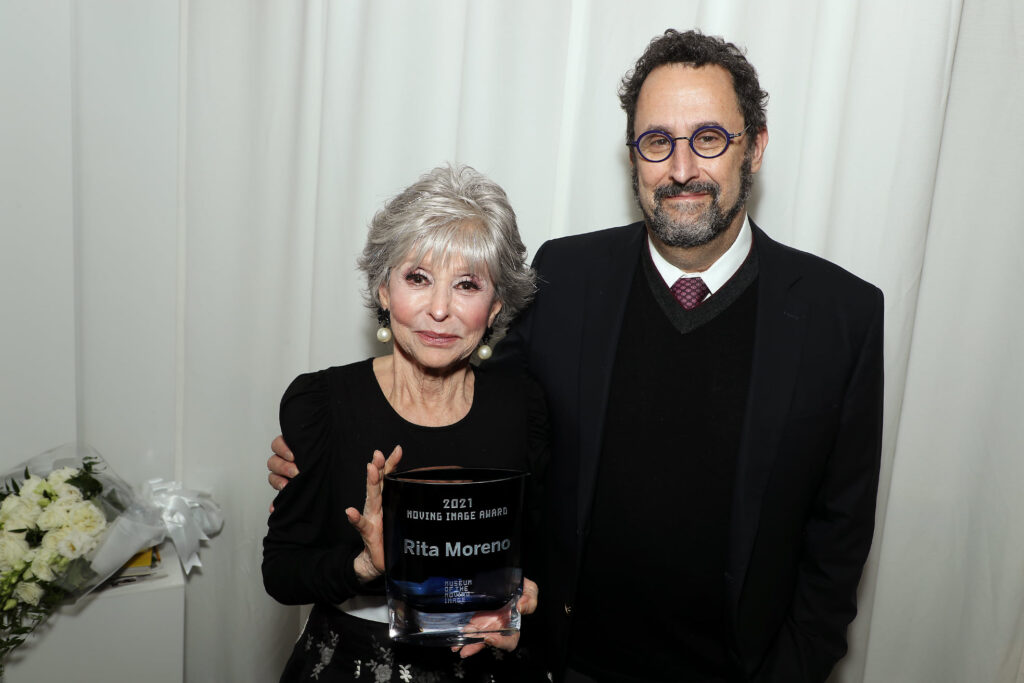