Presented with two intermissions. David Perlov (1930-2003) was a pioneering figure in Israeli cinema, a filmmaker who brought a subjective and poetic approach to documentary filmmaking. His epic film Diary 1973-1983 is his greatest achievement, a six-chapter work that offers a deeply personal, intimate view of Perlov’s life that also captures the turbulent reality of war-torn Israel. As Michael Kustow wrote in The Guardian, “Diary is Perlov’s quiet river, streaming through wars, from the 1973 Yom Kippur near-disaster to the disorderly withdrawal from Lebanon in 1982, travel—back to Paris and Brazil—and reflections on painting, photography, family and friends, aging, and neighborhood.”

The film records the coming of age of his two daughters, Yael and Naomi, and includes meetings with Claude Lanzmann, Isaac Stern, Joris Ivens, Irving Howe, and Klaus Kinski. Perlov was an itinerant figure. Born in Brazil, he traveled to Paris, where he worked as projectionist at the Cinémathèque Française, and then emigrated to Israel, where he developed a distinctly lyrical approach to nonfiction filmmaking. Diary 1973-1983 is an extraordinary mixture of home movies, political documentary, and cinéma vérité that has never been seen in New York. It will be shown in a digitally restored copy, transferred from 16mm. Perlov’s widow, Mira Perlov, will introduce the screening and answer questions at the end of the final section. 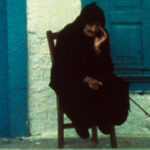 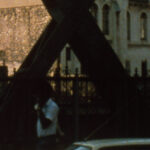