For this new commissioned work, artist Aram Bartholl (Berlin, b. 1972) has embedded an inconspicuous, slot-loading DVD burner into the side of the Museum, available to the public 24 hours a day. Visitors who find the Dead Drop and insert a blank DVD-R will receive a digital art exhibition, a collection of media, or other featured content curated by Bartholl or selected artists. DVD Dead Drop imbues the act of data transfer with a tangibility left behind in a world of cloud computing and appstores, using a medium—the digital versatile disc—that is quickly becoming another artifact of the past.

DVD Dead Drop is a continuation of Bartholl’s series of offline file-sharing networks in public spaces. The original Dead Drops cemented unauthorized USB thumb drives into walls, buildings, and curbs, encouraging a “read-write” information ecosystem. Here the “read-only” DVD Dead Drop serves as an automated platform for dispensing digital culture to the public at any time, day or night.

Because the installation consists of fragile hardware with moving parts exposed to the elements, regular technology failure is inevitable. The Museum works to keep the hardware operational, but it makes no guarantee for a successful DVD burn.

Made possible by the Harpo Foundation, with support from the Consulate General of the Federal Republic of Germany, New York. 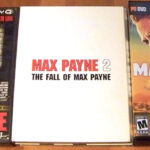