Endangered by the Moving Image: The Criminalization of Black and Brown Bodies

Part of the series Changing the Picture, sponsored by Time Warner Inc.

Do ​media depictions of African Americans influence the way they are treated by the police, the criminal justice system, and by society at large? In the wake of the deaths of Michael Brown in Ferguson and Eric Garner in Staten Island, protests have once again raised questions about the criminalization of the black image on screen. This program will bring together a group of leading African-American cultural commentators to look at the history of how African Americans are represented in film and television, beginning with D.W. Griffith’s The Birth of a Nation.

William Jelani Cobb, author of The Substance of Hope: Barack Obama and the Paradox of Progress, is the director of the Africana Studies Institute, University of Connecticut, and a frequent contributor to The New Yorker and commentator for National Public Radio.

Mia Mask, film professor at Vassar College, is the co-editor of the recent books Poitier Revisited: Reconsidering a Black Icon in the Obama Age, and Black American Cinema Reconsidered. She is the author of Divas on Screen: Black Women in American Film.

Greg Tate is a writer, musician, and producer whose writing has focused on African-American music and culture. He was a long-time staff writer for The Village Voice and his books include Flyboy in the Buttermilk: Essays on Contemporary America and Everything but the Burden.

Warrington Hudlin is a veteran producer of motion pictures, television, and online media. Best known as the producer of the landmark African American films House Party, Boomerang, and Bebe’s Kids. As the founding president of the Black Filmmaker Foundation, Hudlin has been a pioneering community organizer in the black film movement for over three decades. He is the Vice Chairman of the board of trustees of the Museum of the Moving Image where he organizes the Fist and Sword martial arts film series and film symposiums.

Tickets:  $12 ($9 for senior citizens and students / free for members at the Film Lover level and above).  Order tickets online.

View the Museum’s ticketing policy here. For more information on membership and to join online, visit our membership page. 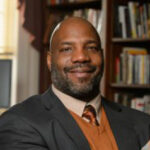 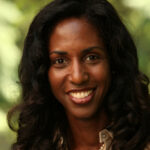 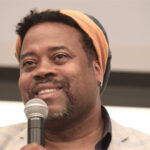 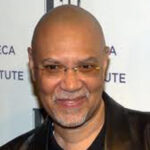