The Rationalist: Alan Alda as Hawkeye Pierce in M*A*S*H

A conversation with Alan Alda moderated by Jeff Greenfield

Co-presented with the Comedy Hall of Fame

​This event is sold out. Advance reservations are no longer being taken. Tickets may become available at the door on a first-come, first-served standby from 6:00 p.m. onwards.

Alan Alda created one of the most important and influential characters in television history. Over a span of eleven years, 1972–1983, he starred in all 251 episodes of M*A*S*H, 32 of which he directed, nineteen of which he wrote; he won five Emmys and was nominated for 21. Captain Hawkeye Pierce, army surgeon, was incorruptibly moral, with a keen sense of the absurd and a talent for irony. His delivery was characterized by sharp wit and surgical timing. Hawkeye was the medium’s first anti-establishment lead character, and M*A*S*H the first anti-war program. The final episode, seen by more than 125 million Americans, was the most widely viewed television episode in the nation’s history. As Hawkeye, Alan Alda helped change the national conversation, and the American experience in the process. The conversation will be moderated by Jeff Greenfield, television journalist, analyst, and historian who has been a commentator on CBS, ABC, CNN, and PBS. 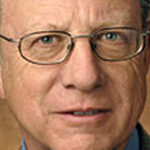