Free admission. Tickets will be given out on the day of the screening on a first-come, first-served basis. Members (Film Lover level and higher) may reserve tickets by emailing reservations@movingimage.us. 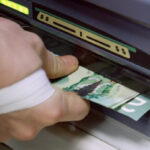