Marker’s seminal science-fiction short La jetée, concerning a time traveler in a post-apocalyptic Paris who is haunted by his own mysterious past, is considered by many as the greatest short film. Told entirely in photographs (with one remarkable exception), this mind-bending work has influenced countless filmmakers. One of them is Gilliam, who remade La jetée as Twelve Monkeys, a lovingly expanded, action-packed update of the film featuring Bruce Willis, Madeleine Stowe, and an Oscar-nominated Brad Pitt.

​​Tickets for Friday evening screenings: $12 ($9 for senior citizens and students / free for Museum members) and includes admission to the Museum’s galleries, which are open until 8:00 p.m. 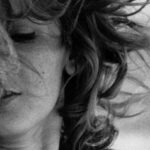