Historical note
This single-system sound camera was designed to record the track directly on the original camera negative during photography, eliminating the need for a separate piece of sound recording apparatus. Cumbersome and not very maneuverable, it was used for newsreel photography of static events, such as press conferences and congressional hearings, and was a favorite of early television news crews.

Location
On view in Behind the Screen 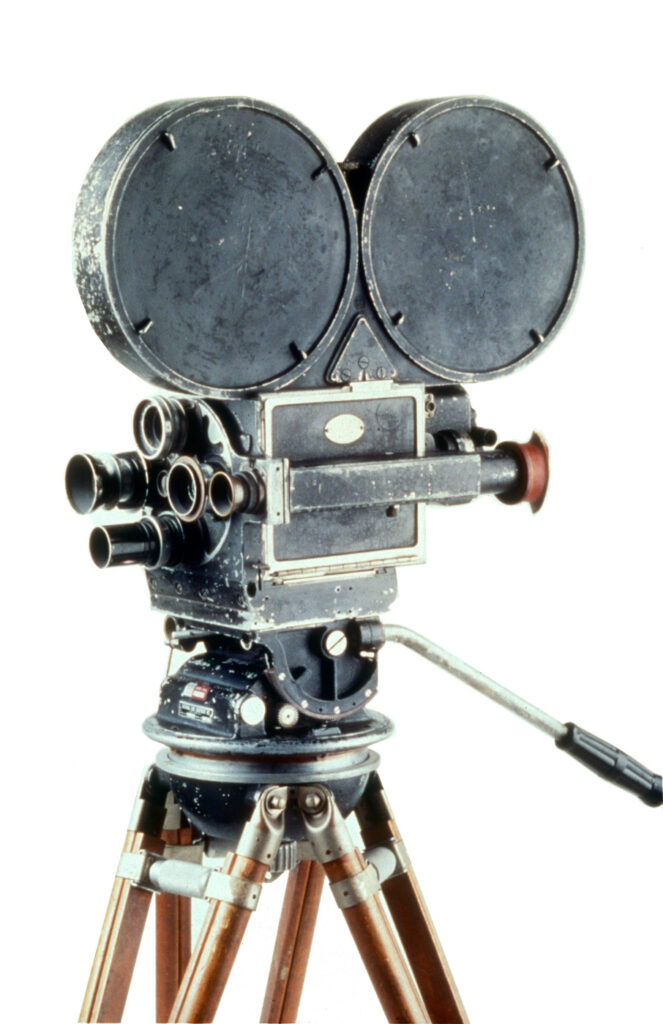