Long before the advent of cinema in the mid-1890s, audiences were captivated by the illusion of moving images through the use of magic lanterns and optical toys. Such artifacts are part of the pre-history of the moving image as it is commonly understood, and help us understand the scientific and cultural context of the emergence of cinema.

The Museum’s collection includes a variety of magic lanterns—optical projection devices that pre-date the development of the motion picture projector by several hundred years. Magic lantern shows entertained audiences with images projected from painted glass slides, shown in progression to tell a story. Using multi-lens magic lanterns, a sophisticated lanternist could manipulate multiple slides at once, creating the illusion of moving images.

In the nineteenth century, parlor toys and entertainment novelties applied new ideas about the perception of motion, which held that our eyes retain an image for a fraction of a second, permitting a rapidly shown series of images to become “fused” as a moving image. The collection includes a wide range of such “pre-cinema” devices, including examples of the thaumatrope, phenakistoscope, and zoetrope.

Catalog records for these and other artifacts in the Museum’s collection can be viewed here. 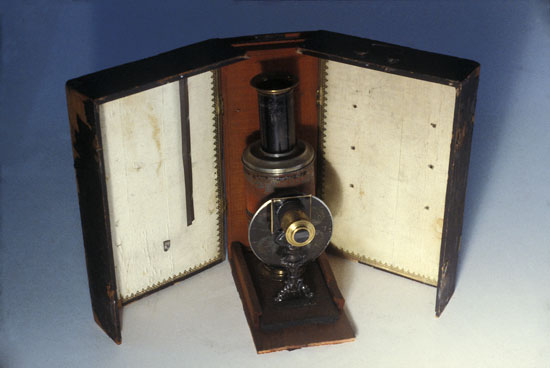 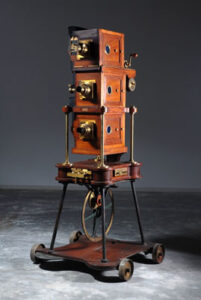 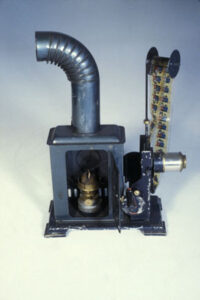