Description
This projector was originally used at the Aldine Theatre in Philadelphia, PA. It is one of the only known surviving Vitaphone projectors that is still operational. The projector has both a phonograph player, for the Vitaphone sound-on-disc system, and an optical sound head, for sound-on-film systems such as Fox Movietone.

Historical note
The Vitaphone sound-on-disc system was developed by Western Electric, then a division of AT&T. The system used a 16-inch disc designed to run at 33 and 1/3 rotations per minute. In addition to improving existing sound technology, the system also perfected the synchronization of sound and image by using one drive shaft and motor to operate both projection speed and disc speed. It was first operational in its complete form in 1924. In 1925 Warner Bros. went into partnership with Western Electric and the Vitaphone Corporation was formed. The first public, paid film exhibition using the Vitaphone was at the Warners’ Theatre in New York, NY on August 6, 1926. On the program that night were filmed musical performances of opera singers, classical musicians and vaudeville performers, along with the film Don Juan, which featured synchronized sound effects and a music soundtrack, with no spoken dialogue. The Vitaphone is best known for bringing The Jazz Singer to audiences, the first feature-length “talking picture,” which also had its premiere at the Warners’ Theatre in New York, on October 6, 1927.

Material
On view in Behind the Screen 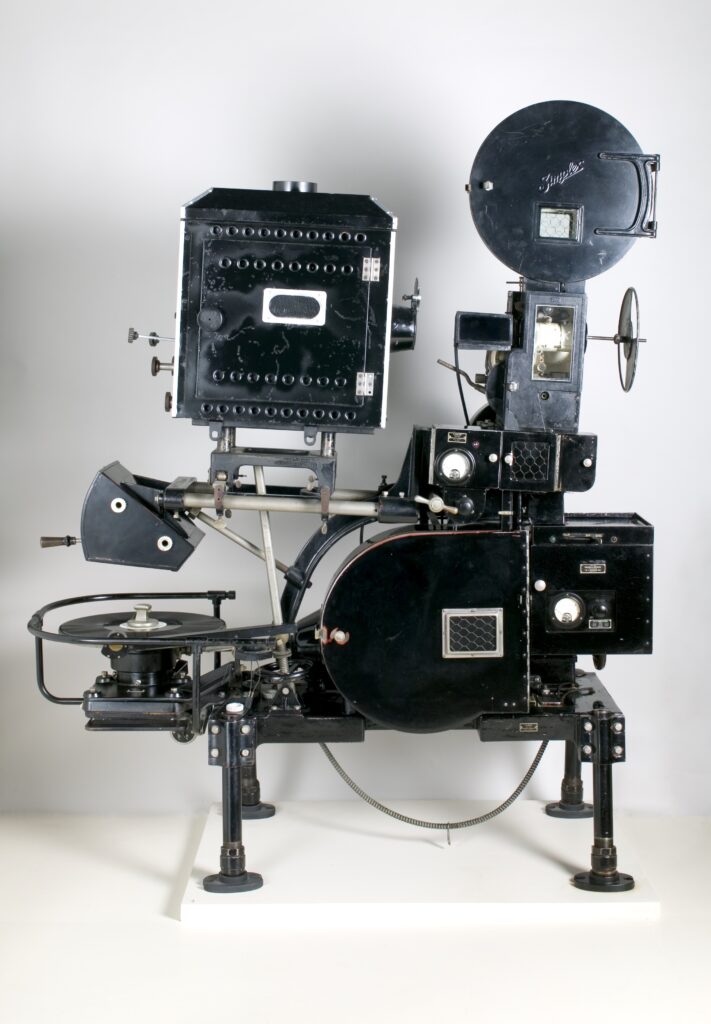