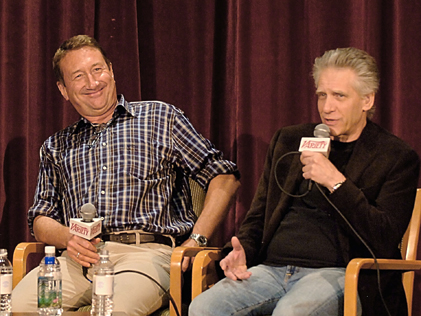 David Cronenberg’s Eastern Promises is an intense psychological thriller about a mysterious Russian immigrant tied to a London crime family. With its thematic focus on personal and cultural identity, and its exploration of violence and the male psyche, Eastern Promises makes a fascinating companion piece to Cronenberg’s A History of Violence, which also stars Viggo Mortensen. Cronenberg and screenwriter Steve Knight (Dirty Pretty Things) discussed the movie at a Museum screening prior to its successful U.S. release. The director’s sardonic world view and the screenwriter’s more sentimental humanism—and the duo’s mutual respect—are reflected in the film and the conversation.