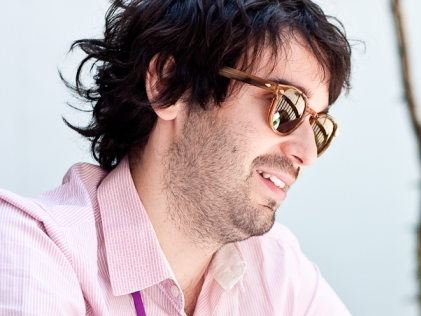 The Color Wheel, Alex Ross Perry’s highly original second feature, beautifully filmed in black-and-white 16mm, follows the calamity and chaos when a young woman, JR, forces her reluctant and disapproving younger brother Colin on a road trip to help her move out of her professor-turned-lover’s apartment. During this conversation with Chief Curator David Schwartz at Museum of the Moving Image, Perry, an inveterate cineaste, discusses his influences, and the film’s unique style and its startling portrayal of incestuous sexual tension.The Color Wheel, which has developing a following on the festival circuit, was recently called “The future of cinema, I hope,” by film critic Ignatiy Vishnevetsky.