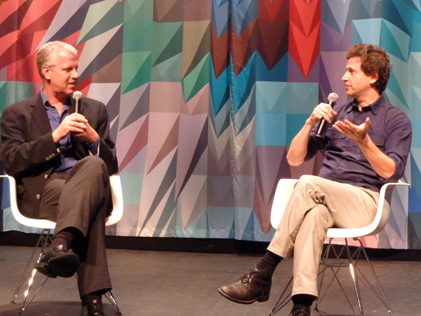 Bennett Miller’s acclaimed film Moneyball, based on a true story, stars Brad Pitt as Billy Beane, the general manager of the Oakland A’s, and features a remarkable ensemble cast including Jonah Hill and Phillip Seymour Hoffman. Forced to reinvent his team on a tight budget, Beane has to outsmart the richer clubs. It’s more than baseball, it’s a revolution—one that challenges old school traditions and puts Beane in the crosshairs of those who say he’s tearing out the heart and soul of the game. In this conversation, Miller, who also presented Capote at the Museum, discusses the arduous process of getting Moneyball produced and how it is different than most other sports films.