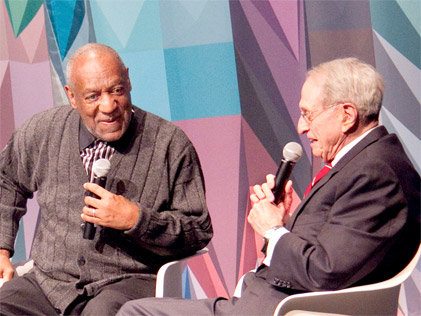 Bill Cosby is one of the most influential and successful creative figures in television history. I Spy, the first network series starring a black actor, made Cosby one of the most popular actors in television. Cosby then starred as gym teacher Chet Kincaid in The Bill Cosby Show (1969-1971). The Cosby Show (1984-1992), about the Huxtables, an affluent Brooklyn family, was the top-rated show for five consecutive years. In one of the first special programs in the Museum’s new theater, Cosby spoke with chief curator David Schwartz, and Museum chair Herbert S. Schlosser, former president of NBC.