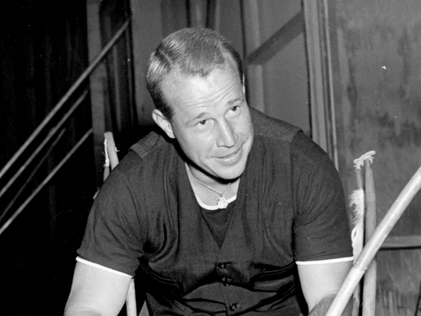 A college football player, a boxer, and a bullfighter, Budd Boetticher lived a life as full of adventure as the westerns that he directed. He was one of a select group of American filmmakers whose artistry wasn’t fully appreciated until the rise of auteurist criticism in the 1960s. Boetticher’s best films were the seven westerns he made with actor Randolph Scott and screenwriter Burt Kennedy, including Seven Men from Now, which was restored and presented at the 2000 New York Film Festival. In conjunction, Moving Image presented a retrospective of Boetticher’s films; this was one of his last personal appearances before his death in 2001.