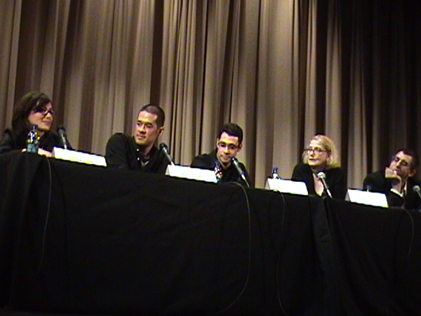 This discussion brought together critics and scholars to talk about the films shown in the Museum’s groundbreaking series It’s Only a Movie: Horror Films from the 1970s and Today. The series was organized by assistant curator Livia Bloom, who moderated this lively discussion with: Adam Lowenstein, author of Shocking Representation: Historical Trauma, National Cinema, and the Modern Horror Film and cinema studies professor at the University of Pittsburgh; Nathan Lee, film critic for The Village Voice; Maitland McDonagh, author of Filmmaking on the Fringe: The Good, the Bad, and the Deviant Directors and film critic for TV Guide; and Joshua Rothkopf, film critic for Time Out New York.