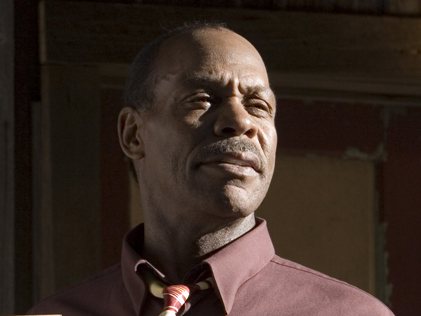 The film Honeydripper is the first collaboration between actor Danny Glover and director John Sayles. A veteran of stage, screen, and television, Glover has starred in such movies as Beloved, The Color Purple, To Sleep With Anger, and Dreamgirls. In Honeydripper, he plays the owner of a 1950s Alabama roadhouse that is threatened by the rise of rock ‘n roll. The Museum presented a special evening with Glover, with opening remarks by John Sayles, a conversation with Glover and Sayles (pictured), and two songs performed live by the Texas blues guitarist Gary Clark Jr., who makes his film debut in Honeydripper.