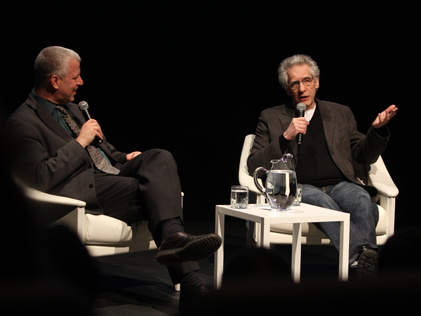 In this wide-ranging conversation, David Cronenberg looks at his remarkable body of work, discussing the themes and motifs of his films, from his early experimental works and horror films to the accomplished, adventurous adaptations of recent years. Just some of the topics Cronenberg discusses with Chief Curator David Schwartz include which other filmmakers and film movement influenced his own stylization, how horror films are the perfect avenue to explore human psychology, and how The Fly was perceived as a metaphor for AIDS. Cronenberg is the only living filmmaker the Museum of the Moving Image has featured two retrospectives of his work, the first in 1992.