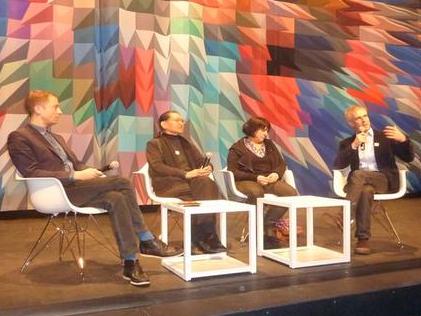 As part of the Fashion in Film Festival series “Birds of Paradise,” curated by Marketa Uhlirova, this panel discussion with Ronald Gregg, Stuart Comer, Agosto Machado, and Ela Troyano offered a lively conversation about the legacy of the queer aesthetic in which the spectacle of fashion plays a dominant role, from the shimmering dresses in Kenneth Anger’s Puce Moment to Jack Smith’s reimagining of 1940s Hollywood Orientalism to the stunning, surreal imagery of Steven Arnold. At the Museum of the Moving Image, the panel moderated by Stuart Comer (curator of film at Tate Modern, London) focused on the important role of costume in the avant-garde aesthetic.