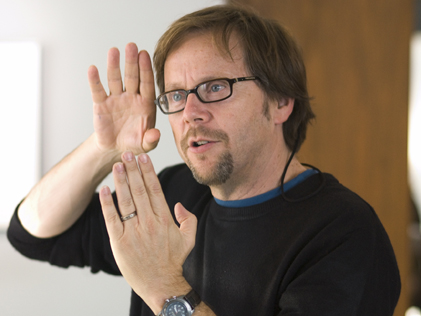 The Constant Gardener, a political thriller and romantic melodrama about a British diplomat investigating his wife’s murder in Kenya, was one of the biggest arthouse hits of 2005. As in his breakthrough film City of God, Brazilian director Fernando Meirelles combines a vibrant visual style, a fluid narrative structure, and acting that has the spontaneous feeling of cinéma vérité. Rachel Weisz won an Academy Award for her radiant, impassioned performance as Tessa, a young activist who speaks out against pharmaceutical companies. Meirelles and Weisz discuss the film’s production and the place of socially relevant films in today’s cultural climate.