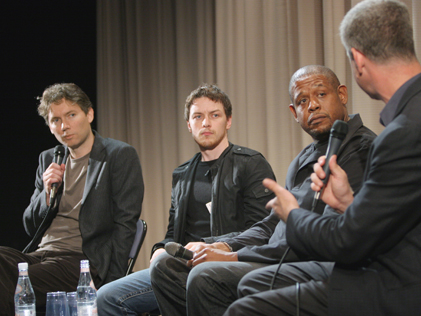 Forest Whitaker’s electrifying performance as Ugandan leader Idi Amin Dada in The Last King of Scotland was described by Wall Street Journal film critic Joe Morgenstern as “one of the great performances of modern movie history.” Fresh from the film’s success at the Telluride and Toronto Film Festivals, Whitaker, co-star James McAvoy, and director Kevin Macdonald met with a rousing ovation at a special preview at the Museum of the Moving Image—the first public screening of the film. The director and the two lead actors discussed the film’s unusual blend of fact and fiction and the story behind their remarkable collaboration.