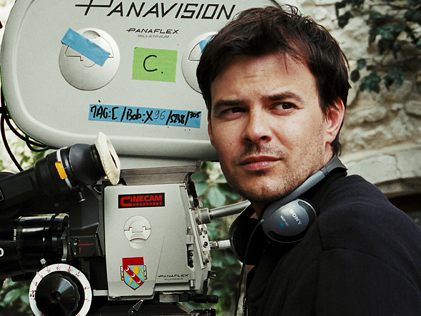 Throughout his career, the versatile French director Francois Ozon has made a wide range of films that display varying doses of outlandish comedy, transgressive sexual politics, and Hitchcockian suspense. While his movies are stylish and liberating, they also contain a poignant awareness of loss and unfulfilled desire. Ozon spoke at the Museum after a preview screening of his deceptively simple, profoundly haunting drama 5×2, the story of a failed marriage told in reverse chronological order. Also screened at the Museum on the same day, at the conclusion of a retrospective of Ozon’s films, were four of his early short works: Bed Scenes, X2000, Truth or Dare, and Little Death. In the discussion, Ozon is alternately playful and serious. One can see how his relaxed, open approach elicits such truthful, revelatory performances.