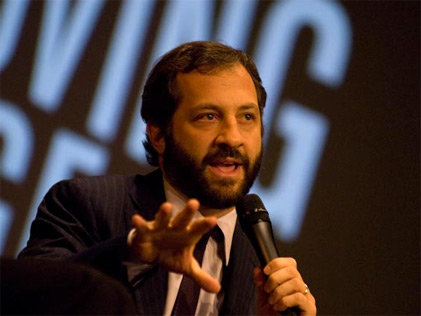 Judd Apatow, the writer/director of Funny People, Knocked Up, and The 40-Year-Old Virgin is the most prolific and influential figure in contemporary screen comedy. His work combines emotional honesty and insight with unabashed, frequently vulgar comedy, as he explores the most fundamental life experiences, including coming of age, losing virginity, dealing with pregnancy, getting married, and confronting mortality. In this Museum of the Moving Image program, Apatow talked about his career, from his early days hosting a radio show at Syosset High School to Funny People, a loosely autobiographical film starring Apatow’s former roommate Adam Sandler as a famous comedian who has a near-death experience.