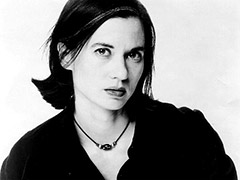 Boys Don’t Cry marked the arrival of three major talents: its two stars, Hillary Swank (who won the Oscar for Best Actress) and Chloë Sevigny, and its ferociously gifted director, Kimberly Peirce. Dramatizing the true story of Brandon Teena, a woman who was raped and killed by friends because she lived as a man, Boys Don’t Cry is a gripping, tender, and sad love story with a deep feeling for the story’s rural Midwestern location. Peirce talks about researching and preparing the film, making an engrossing drama on a tight budget, and being true to Brandon’s heartbreak and compelling story.