Museum of the Moving Image is pleased to host a unique family conversation around the new documentary Film About a Father Who, Lynne Sachs’s portrait of her father, Ira Sachs Sr., a bon vivant and pioneering businessman from Park City, Utah. In this live online discussion, Lynne Sachs will be joined by her brother, filmmaker Ira Sachs (Little Men, Love Is Strange), and filmmaker Kirsten Johnson (Dick Johnson Is Dead, Cameraperson), who is also connected to Lynne and Ira as co-parent of Ira’s children.

The program will be introduced by MoMI’s Curator of Film, Eric Hynes. Film About a Father Who, a Cinema Guild release, is available in Virtual Cinemas around the country, including via Museum of the Moving Image, which is presenting the major online retrospective Lynne Sachs: Between Thought and Expression (January 13–31).

This program is co-presented with The Flaherty Film Seminar, where Lynne Sachs has served variously as a Fellow, an Artist, and a presenter. 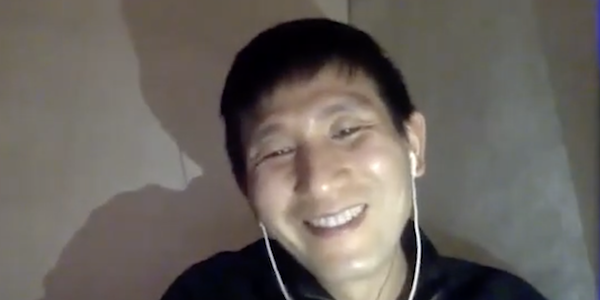