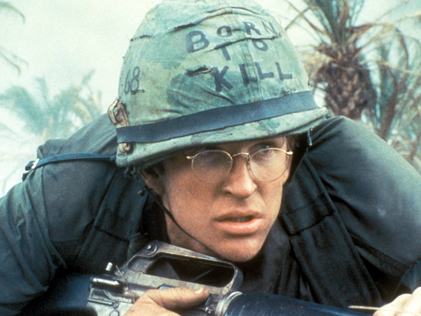 Actor Matthew Modine gives one of his best performances in Stanley Kubrick’s landmark Vietnam drama, Full Metal Jacket (1987). In the film, Modine plays Joker, a wisecracking military journalist trying to maintain his cynical veneer and his sanity amid the mayhem and carnage of warfare. In his book, Full Metal Jacket Diary (2005), he pairs his personal journal with his candid photographs from the set, offering a intimate portrait of the life-changing film production. This lively conversation with Modine at the Museum of the Moving Image, which accompanied a book signing and a screening of Full Metal Jacket as part of a Stanley Kubrick film retrospective, offers rare insight into Kubrick’s techniques in directing his actors.