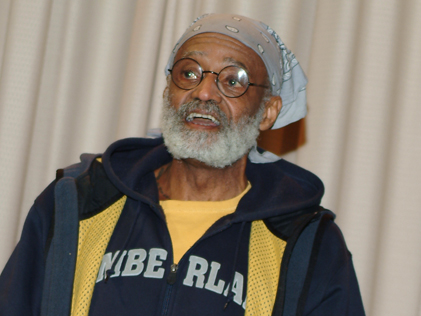 Legendary maverick Melvin Van Peebles is a novelist, composer, and filmmaker who has also worked in television, popular music, and theater. After spending the 1960s in Paris, he returned to the United States and made the groundbreaking 1971 film Sweet Sweetback’s Baadasssss Song. The stunning box-office success of this subversive and sexy film paved the way for filmmakers such as Mario Van Peebles, who directed New Jack City and Panther. Mario paid tribute to his father with his 2003 movie Baadasssss; in this lively discussion, Van Peebles père et fils share a lifetime of experience and a playful father-son rivalry.