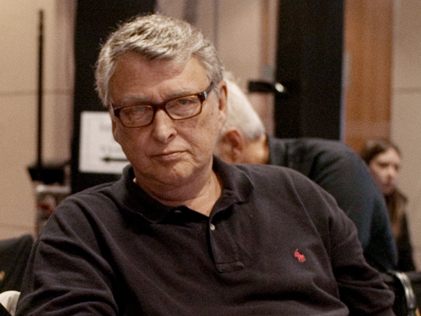 Mike Nichols took Broadway by storm in the early 1960s with his comedy partner Elaine May. He began his directing career with the stage production of Barefoot in the Park and became a film director with Who’s Afraid of Virginia Woolf?, followed by his landmark film The Graduate. In this interview, just before he was honored with a gala Salute by the Museum of the Moving Image, Nichols talks about how the assured, controlled style of his early films evolved into a looser, more naturalistic approach, and about how, for him, directing actors is largely a matter of trust and letting go.