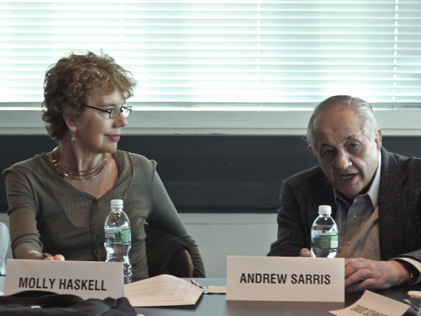 Andrew Sarris and Molly Haskell are two of the most influential American film critics. Sarris’s book The American Cinema introduced the auteur theory to American readers, establishing the idea that a director’s personality is the key artistic influence on a film. With her book From Reverence to Rape: The Treatment of Women in the Movies, Haskell introduced a new perspective to the hermetic world of film criticism, writing lucidly about art and sexual politics. Sarris and Haskell, who are also husband and wife, spoke to a group of aspiring critics at the Moving Image Institute in Film Criticism.