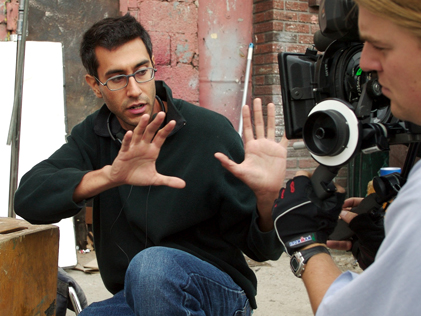 The independent feature Chop Shop, a deeply affecting slice of urban neo-realism by Ramin Bahrani, the director of Man Push Cart, is set in the Iron Triangle in the shadows of Shea Stadium. The film follows a 12-year-old orphan who ekes out an existence with his sister. The director and the film’s young lead actor Alejandro Polanco discussed their film following a preview screening at the Museum of the Moving Image.