In 2020, during the first year of the pandemic, Reverse Shot editors Michael Koresky and Jeff Reichert and longtime contributor Farihah Zaman hosted a weekly Happy Hour—an online hangout for informal discussions about the state of cinema, criticism, and culture. BYOB. This week, they spoke with critics A.G. Sims (who reviewed Spike Lee’s Da 5 Bloods for RS) and Caden Mark Gardner (on trans representation in film, prompted by the release of the film Disclosure, which he wrote on for RS). 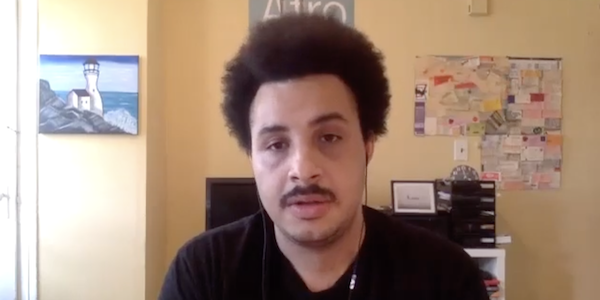