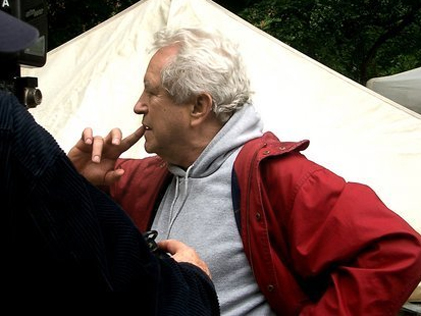 To celebrate the 40th anniversary of the classic independent film Putney Swope, an outrageous satire about race, commercialism, and corporate life, the Museum of the Moving Image teamed up with the Schomburg Center for Research in Black Culture to present a special screening with director Robert Downey, Sr. The discussion was moderated by independent producer and Museum trustee Warrington Hudlin. In the film, the head of an ad agency drops dead during a meeting of executives. Through a tangled voting process, the agency’s token black man, Putney Swope, wins the election to head the company.