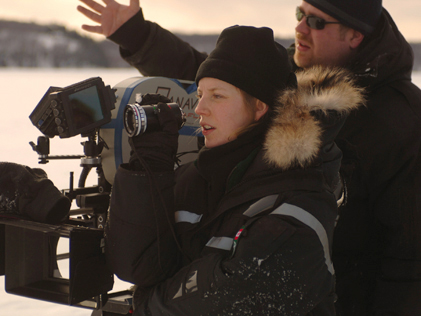 Away from Her was an impressive directorial debut for the Canadian actress Sarah Polley, best known for her performances in Atom Egoyan’s The Sweet Hereafter, David Cronenberg’s ExistenZ, Zack Snyder’s Dawn of the Dead, and Hal Hartley’s No Such Thing. While filming No Such Thing in Iceland, Polley forged a friendship with British actress Julie Christie, and convinced her to star in Away from Her, an adaptation of a short story by Alice Munro. In this conversation, Polley discusses how she interpreted Munro’s tale about an aging couple’s struggle with Alzheimer’s Disease as a universal love story.