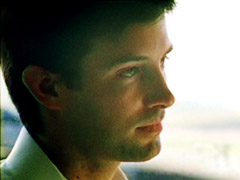 Shane Carruth was a math major and engineer before he taught himself filmmaking. He shot his first film, Primer, on 16mm film for $7,000. Disguised as a time-travel sci-fi movie, Primer is also a vivid portrayal of a fascinating subculture, a suburban fraternity of innovators who toil away in their garage laboratories. Primer won the Grand Jury feature film prize and the Alfred P. Sloan Award (for its depiction of science) at the 2004 Sundance Film Festival. In this Sloan Foundation Dialogue, Carruth, producer George van Buskirk, and inventor Jerome Swartz, discuss Primer and its cinematic and scientific implications.