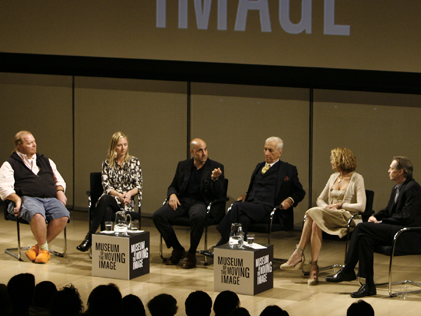 Actor/director Stanley Tucci is one of the most accomplished creative figures in New York film, television, and theater. His films as director include Big Night (1996) and The Impostors (1998), and his memorable performances include Road to Perdition (2002), Winchell (1998), and The Devil Wears Prada (2006). In this informal conversation, Tucci discusses his art and craft with some friends: the chef and restaurateur Mario Batali; actress Hope Davis, who has worked with Tucci on five films; actress Natasha Richardson; and actor Steve Buscemi, who has formed a new company with Tucci, Olive Productions. The conversation was moderated by author Gay Talese.