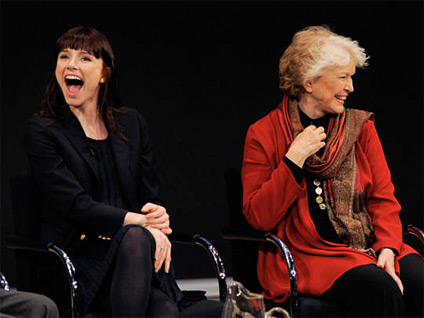 The 2009 film The Loss of a Teardrop Diamond, based on an unproduced screenplay written by Tennessee Williams in the late 1950s, is the latest example of the enduring importance of Williams’s artistic legacy. Two of the film’s stars, Bryce Dallas Howard and Ellen Burstyn, and its director, Jodie Markell, participated in a panel discussion, along with legendary actors Eli Wallach and Elaine Stritch, moderated by The New York Times theater critic Charles Isherwood. The lively discussion, “Tennessee Williams on Screen and Stage” focused largely on the qualities of Williams’ work that inspired so many great performances over the years.