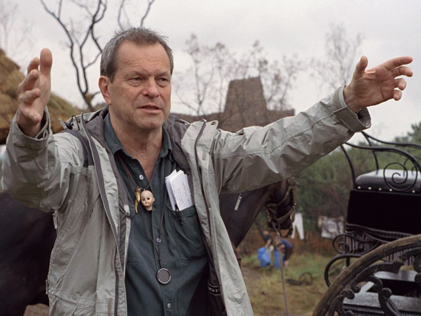 Former Monty Python animator Terry Gilliam is one of cinema’s premier fantasists, a creator of films notable for their stunning visual style and their iconoclastic sensibility. With Brazil, Gilliam created the ultimate film of bureaucratic hell, and then experienced his own version of the narrative when Universal tried to bury the film’s release. Ironically, the same studio later financed and released Gilliam’s 12 Monkeys, which was the number-one film in the country when Gilliam spoke at the Museum. He greeted full-house audiences twice that weekend—with 12 Monkeys and Brazil—the latter on the day of the blizzard of ’96.