On May 3, 2020, Museum of the Moving Image’s Curator of Film Eric Hynes and guest curator Tiffany Joy Butler moderated a discussion with Alex Rivera and Cristina Ibarra, the directors of The Infiltrators, and activists Marco Saavedra and Viridiana Martínez, who are depicted in the film.

The Infiltrators is screening via “virtual cinemas” in May 2020. To view the film and support MoMI and its programming, please use this link.

As Viridiana mentioned in the video, to view the film and help undocumented families affected by Covid-19, please use this link.

Special thanks to Oscilloscope Laboratories. For more information about the film and Alex and Cristina, visit https://theinfiltrators.oscilloscope…. See below to find out more about Marco and Viridiana: Marco Saavedra’s work with the National Immigrant Youth Alliance is depicted in The Infiltrators. In 2013, Saavedra with a group of Dreamers called “The Dream 9” crossed into Mexico in solidarity with those who have benefited from DACA. He is a revered Bronxite whose family restaurant, La Morada, has served as a space for community organizing since 2009. Marco Saavedra’s story has been featured in The New York Times, Democracy Now, This American Life and The Nation.

Viridiana Martínez has been an immigrant organizer since 2009. Through the National Immigrant Youth Alliance, she was instrumental in efforts that led to the Deferred Action for Childhood Arrivals (DACA) program in 2012. Viridiana also infiltrated Broward Transitional Center to expose the injustices faced by immigrant detainees and fight for their freedom. In spite of limited funding and resources, she founded the first ever immigrant youth led organization in North Carolina. She has been organizing for years to stop countless deportations across the country. Viridiana believes that directly impacted people must be at the frontlines of any successful campaign. She is currently a DACA recipient and the director of Alerta Migratoria, a national deportation defense platform and hotline for refugees and immigrants with a focus on the South. Viridiana is also an interpreter, bridal stylist, and aspiring actor 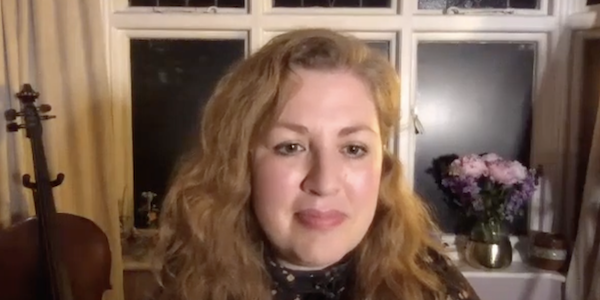