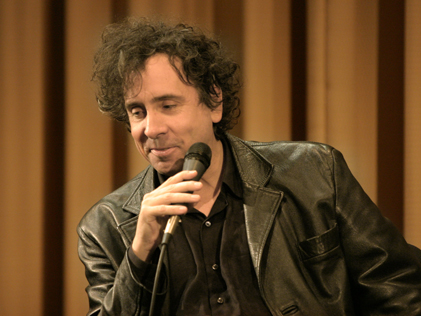 Tim Burton may be Hollywood’s most childlike grown-up—or its most grown-up child. Either way, Burton’s fanciful movies express both the bright and dark sides of his boundless imagination. His heroes, including Pee-wee Herman, Edward Scissorhands, and Ed Wood, are sweetly eccentric outsiders who live in their own made-up worlds. Big Fish brings to life the tall tales of an aging Alabama salesman played by Albert Finney. The film blends an intimate family drama with a gently surreal carnival story. Burton spoke at the Museum just before the film’s release, and just over a month after the birth of his son.