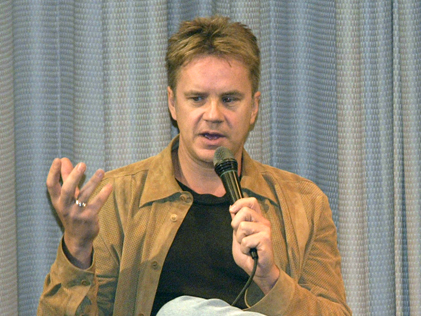 The versatile, often outspoken actor Tim Robbins made his debut as a director and writer with the prescient and impressive political satire Bob Roberts, a mock documentary in which he plays a right-wing, folk-singing Senate candidate who embodies the greed and self-interest of the 1980s. With its sharp views of media manipulation, corruption, and the role of money in politics, the film is as timely today as it ever was. Robbins spoke at the Museum about his career, his family’s love of music, and American politics just before heading to Cannes for the premiere of Mystic River.