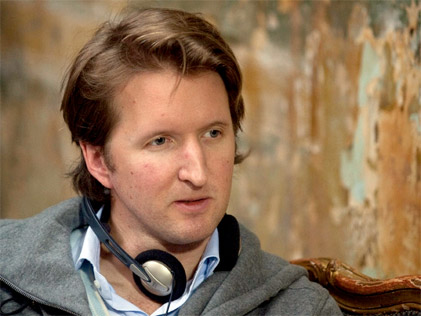 Tom Hooper won the Academy Award for Best Director for The King’s Speech, which also won Best Picture and two other Oscars. Hooper, and cast members Claire Bloom and Jennifer Ehle, were the first guest speakers in the Museum of the Moving Image’s brand new theater, which opened to the public on January 15, 2011. Hooper had taken an overnight flight from Los Angeles after the Golden Globe Awards, where Colin Firth won Best Actor for his performance in The King’s Speech. When entering the Museum’s strikingly modern theater, Hooper exclaimed “what a magnificent cinema.”