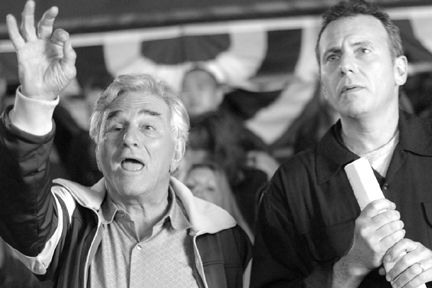 The Three Burials of Melquiades Estrada was movie star Tommy Lee Jones’s debut as a theatrical film director. Set in his native Texas, this provocative blend of road movie and western, partly inspired by Sam Peckinpah, is a unique and compelling drama that Jones described as “a study of the emotional, psychological, spiritual, and social implications of having an international border running through the middle of a culture.” The movie had its New York premiere on a cold December night at a special screening co-hosted by the Museum of the Moving Image and Jones’s Harvard roommate, former Vice President Al Gore.